The Woodland Period beginning about 3,000 years ago was the lifeway of the Native people when ‘discovered’ by the first European explorers. It was characterized by the development of pottery and first use of the bow and arrow, as well as hunting whales (which could have been possible since Archaic times, when clam and oyster resources became available).1 These villagers began to experiment with rudimentary forms of plant husbandry.

Pottery appeared in the Northeast about 3,000 years ago. In 1927 archaeologist Foster Sayville excavated some vessels from this period in a site on Three Mile Harbor.

Sayville worked with a crew of local volunteers, including Roy Latham, a young farmer from Southold, and Selah Lester, an East Hampton carpenter. These two enthusiastic amateur archaeologists made a significant contribution over the years to our understanding of prehistoric peoples on Long Island. They were avid naturalists who devoted much of their leisure time to the study of local flora and fauna.

Horticulture including corn, beans and squash were developed during this time. Bows and Arrows began to be used primarily. 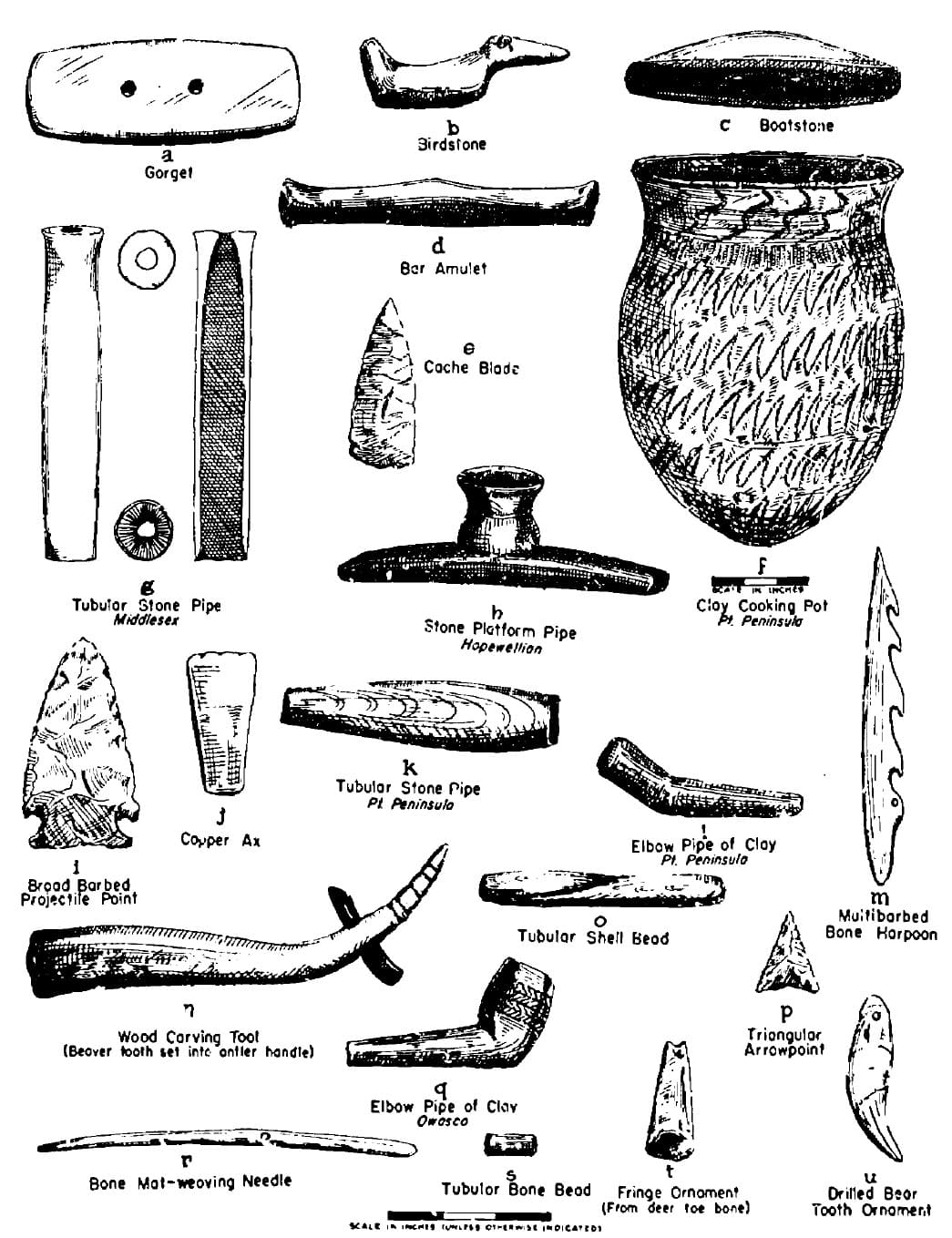 Few sites which can clearly be identified with this period have been scientifically excavated in the Town of East Hampton, but several have been identified and partially explored by local amateurs.

Local baymen have found sites when they worked on the bays harvesting shellfish.2

Yaphank, a village in Brookhaven town, was originally the name of the creek south of the hamlet. A land deed signed in 1664 by Unkechaug Sachem Tobacus mentions a river called Yamphanke.In the 17th century, the Unkechaug Indians, who had their primary residence in nearby Mastic, built temporary campsites near what was later known as Weeks Pond. 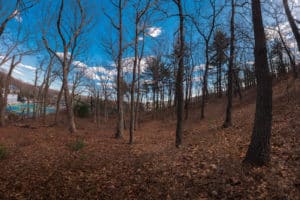 Manitou Hill is a sacred hill located on what is now known as Manetto Hill in Plainview, New York. An oral story, recorded by historian Gabriel Furman in 1874, describes a legend during a great drought. The Manitou instructs a sachem through a dream to stand at the top of Manetto Hill and fire an arrow into the air, and on the spot where the arrow lands, people should dig until they find water.The water spring that was found, called Mascopas, is now beneath a local high school athletic field.Manitou is known in traditional systems as the powerful and unseen power throughout the universe, being present during moments of the miraculous and mysterious.

Fort Pond in Montauk was once called Konkhunganik by the Montaukett Indians before and during the 1800s at its southern half and Quanuntowunk for its north shore.This site along the south eastern shore was occupied seasonally during the Late Woodland Period (1,200 - 350 years ago) as a recurring base camp for nomadic hunter-gatherers and their extended families.As early as 1661, the place name Konkhunganik was recorded from Montauketts during the creation of a land deed. The translation of Konkhunganik is currently unknown, but early 20th centruy anthropologist William Wallace Tooker believed the name translates to "at the boundary."

Sugar Loaf Hill is an Orient Period burial site facing southeastern, the only Orient burial site known outside of the North Fork of Long Island. During the 20th century, despite being known and marked on maps as early as 1797, the burial grounds were desecrated and developed for a contemporary residence. 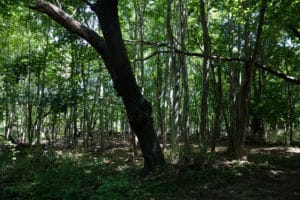 Manhansack-aqua-quash-awamock, the traditional Algonquian name for Shelter Island by the Manhanset group who lived there from pre-historic time until the seventeenth century; is approximately 7907 acres in area. This island is unique for having the largest glacial erratic boulders on Long Island, resulting from the Wisconsonian glacier.[1. Englebright, 1982] 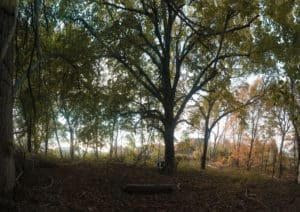 Ayeuonganit Wampum Ayimꝏup, Here, Wampum Was Made, also known as Parrish Pond, is the site of a former Shinnecock wampum-manufacturing site.In 2000, a protest led by Shinnecock tribal member Rebecca Genia began at Parrish Pond. Despite a peaceful protest, three Shinnecock tribal members were arrested on the first morning of protest, and a fourth was arrested the next day when, once again, protesters gathered at the site. This time, however, the tribe had won an injunction against the subdivision and called in Bob Zellner, co-chair of the Southampton Anti-Bias Task Force, to help mediate the situation. Zellner had barely introduced himself to the supervising officer when he was “knocked to the ground and brutalized” by police. He, too, was arrested.All four of the Shinnecock protesters and Zellner were either acquitted or had their cases dropped or dismissed.In 2014, Southampton Town Board agreed to allocate $900,000 from the Community Preservation Fund to preserve the 1.5-acre cultural site. During this year, Shinnecock Tribal Member and cultural activist Elizabeth Haile shared the importance of this site, as it had the perfect combination of a running stream and a particular species of heather grass that was used to polish wampum shells for beads.

The Unkechaug Nation maintains a sovereign relationship with the State of New York, other Indian Nations in the United States and Canada and other foreign powers. The Unkechaug Nation is located on the Poospatuck (“where the waters meet”) Reservation in Long Island, NY.Under the provisions of colonial laws and later under the New York State Constitution (Article 12) the State of New York formally recognized the Unkechaug Nation of Indians in the 18th century. 1500 acres of land that had been long held by the Unkechaug and that continued from an original land agreement entered into with the King of England and the Unkechaug in the 17th century was set aside for the exclusive use of the Unkechaug. Today, that allotment has been stripped down to 55 acres; nevertheless, the affinity of the people to the land is as strong as in the past, if not even stronger today. The total population of tribal members, families, and extended relations is 450 of which approximately 250 reside on the Poospatuck Reservation. Housing density, and occupancy levels are unacceptable when measured against the rate of population growth and available land as well as the number of tribal members who want to return to their traditional homeland. The Unkechaug are faced with a rate of population growth greater than the national average and an increased demand for tribal services. Housing is an important priority but efforts to expand housing for tribal members are blocked by a lack of land. The Unkechaug are committed to increasing the land base in order to meet the needs of their members. [1. https://unkechaug.wordpress.com/about/] 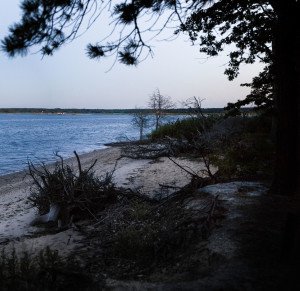 Indian Island is a site of spiritual significance. During a 2005 storm, the beach eroded exposing burials and artifacts. The Shinnecock and Unkechaug, in cooperation with the Riverhead Park and Town supervisors, repatriated the remains.The area is within the Indian Island Park, used for camping. 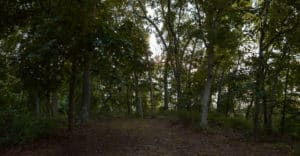 In February 2017, Riverhead town purchased this site for due to its cultural significance. It is the last known Orient Period burial site still remaining. 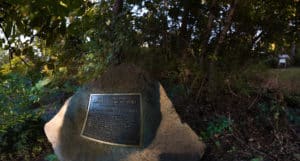 The Corchaugs controlled the land to the east of the Setaukets. Their territory was bounded on the west by a line extending from Wading River to the center of the Island and east along the north fluke of the Island to Orient Point. They also occupied several of the necks of land along the north shore of Peconic Bay. 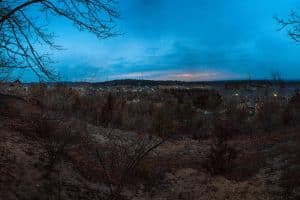 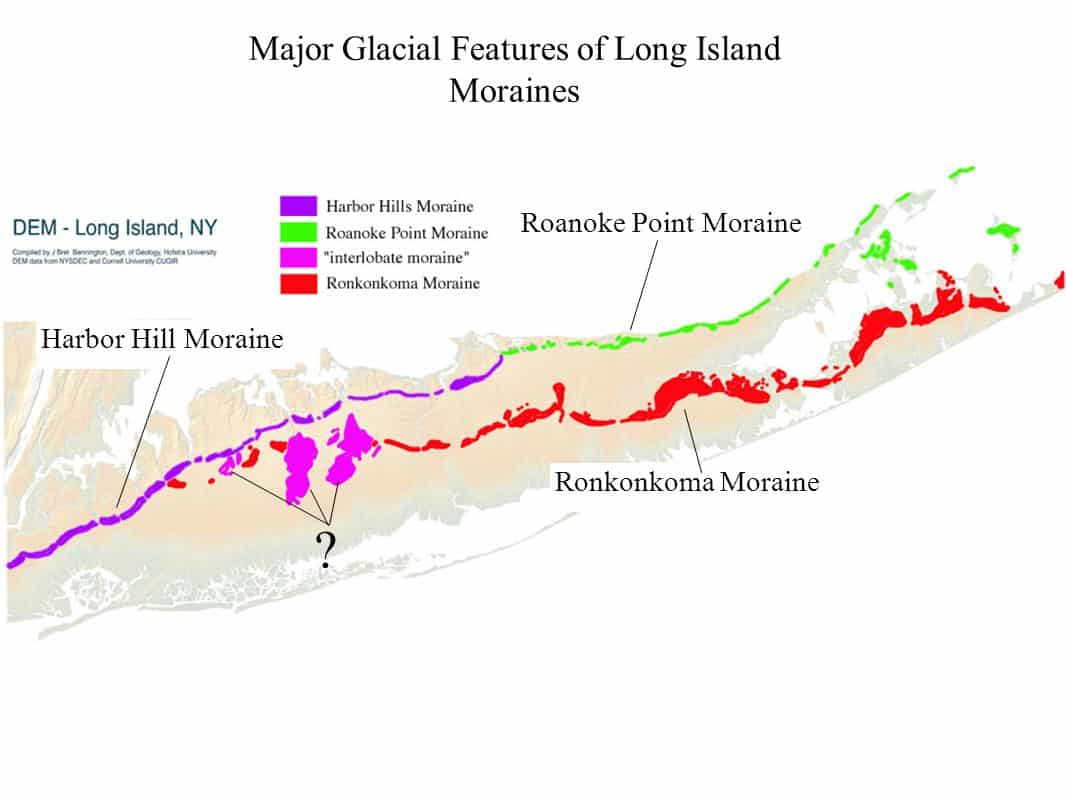 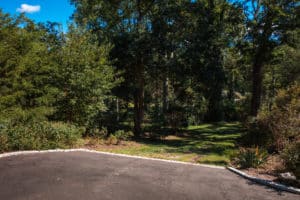 The territory of this chieftaincy was adjoined by the Matinecocks on the west and extended eastward from the Nissequogue River to Stony Brook and south to the center of the Island. Apparently, there was a disagreement for a time between the Nissequogue and Matinecock Indians concerning their boundary and, as a consequence, they did not always enjoy friendly relations. They had extensive villages at Smithtown and at several other places near the shore within the bounds of their territory. 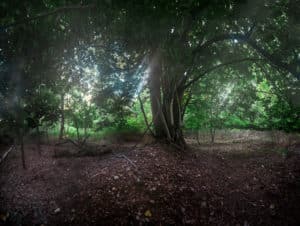 Missi Kesukut is a sacred site that was first preserved in 1991. In 2006, a skull was found in the area, identifying the area as a cemetery and at one time an Indian village. This discovery led to several years of local indigenous groups to dispute whether the area should be developed or remain as it is.Today, Missi Kesukut is protected by the town district who allocated Community Preservation Funds to purchase the land from the private land owner for it's preservation.

Ronkonkoma was once a fresh water pond with a prehistoric village settlement.Many nineteenth and twentieth century legends are associated with this site.Today, the water of Lake Ronkonkoma has been deemed too toxic for swimming. 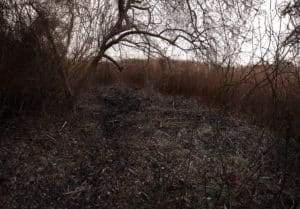 On Mamanock Neck,  a prehistoric Woodland camp and quartz arrowhead workshop site was found. Much of the material culture in this area suggesting human settlement was pottery fragments.The area of Mamanock Neck covers the entirety of the neck of land of what is now south of East Moriches. This camp site only represents a fraction of what was found in contemporary time. 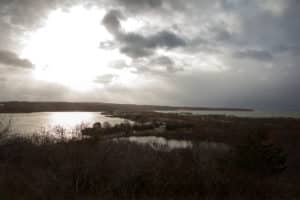 The first known inhabitants of East Hampton and Montauk town were the aboriginal Montaukett -- a place name spelled a dozen different ways in early records. It was not a "tribal" name, but a place name which the colonists conferred upon them as they designated them as a "tribe." The meaning of Montaukett in William Wallace Tooker's Indian Place Names on Long Island is given as either the "high or hilly land" or the "fort country"-- both of which appear to fit Montauk topography and the presence of two fortified places. [1. Tooker, William Wallace, Indian Place Names on Long Island..., 1911, 1962, Ira J. Friedman Pub., p. 141.]The Montauketts are members of the large Algonkian language family and peoples who inhabited the Atlantic Coastal Plain from Canada to the Carolinas; they spoke a variant of the language of the Mohegan-Pequot, across the Long Island Sound from them.[1. Levine, Gaynell Stone & Nancy Bonvillain, Languages & Lore of the Long Island Indians, Vol. IV, Readings..., 1980, SCAA, p. 168.]

The Springy Banks site has been described as a favorite summer camping grounds of the Montauk.It receives its name from numerous delicious flowing springs of water that flow from the base of the cliffs here. Many an East Hampton and Three Mile Harbor residents speak with nostalgia of the sweet draughts of water that they enjoyed from Springy Banks when it was Town Property.

The Knowledge Base is always a work in progress! Please feel free to contribute suggestions, edits and ask for more information at my contact menu.

Last Update On This Article: